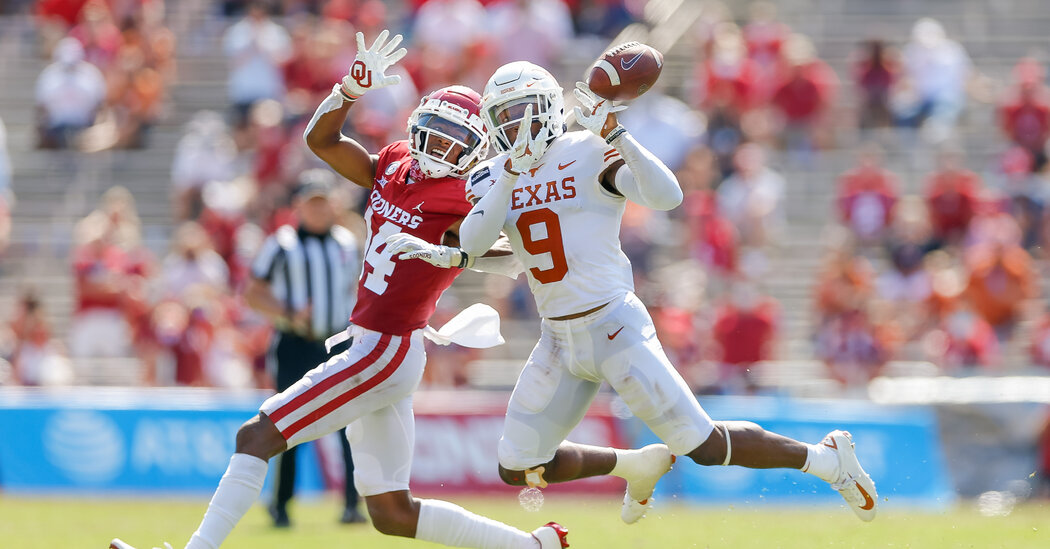 The SEC, the country’s premier college football conference, has been at the heart of what Texas last Wednesday unconvincingly played down as “rumors or speculation” about the futures of the Longhorns and the Sooners. The league already includes some of the mightiest brands in football, including Alabama, Florida, Georgia and Louisiana State, but drawing in Oklahoma and Texas would add two proud, tradition-bound programs.

And it would almost certainly enrich the league, which has declined to comment, in dramatic ways.

In December, the SEC announced a deal with ESPN that will, according to people familiar with its terms, pay the league about $300 million a year. The additions of Oklahoma and Texas would give the conference new leverage for a rights agreement whose value could skyrocket with the arrival of two powerhouses.

Indeed, one of the thorniest subjects surrounding the expected defections of Oklahoma and Texas has been how much the universities might pay to the Big 12 and its schools in a buyout agreement. Like all other Big 12 schools, Texas and Oklahoma agreed to give the conference control of their most lucrative television rights, including football and most men’s and women’s basketball games, which the conference then sold to ESPN and Fox in a $2.6 billion deal that goes through the 2024-25 school year.

A college sports executive with knowledge of the deliberations said that Oklahoma and Texas had contacted the SEC months ago, but that talks between the league and the schools had accelerated more recently. The SEC’s rules require that 11 of its 14 universities vote in support of a school that applies for membership.

“We want to be the only SEC program in the state of Texas,” Ross Bjork, Texas A&M’s athletic director, told reporters last week. He said the university should “have our own stand-alone identity in our own conference.”

But the fury of the Aggies is poised to have only so much of a shelf life. Over the weekend, after Texas A&M’s board called a Monday evening meeting to discuss college athletics, the university’s president, M. Katherine Banks, said the school looked forward to “continued success in our SEC partnership for many years to come.”