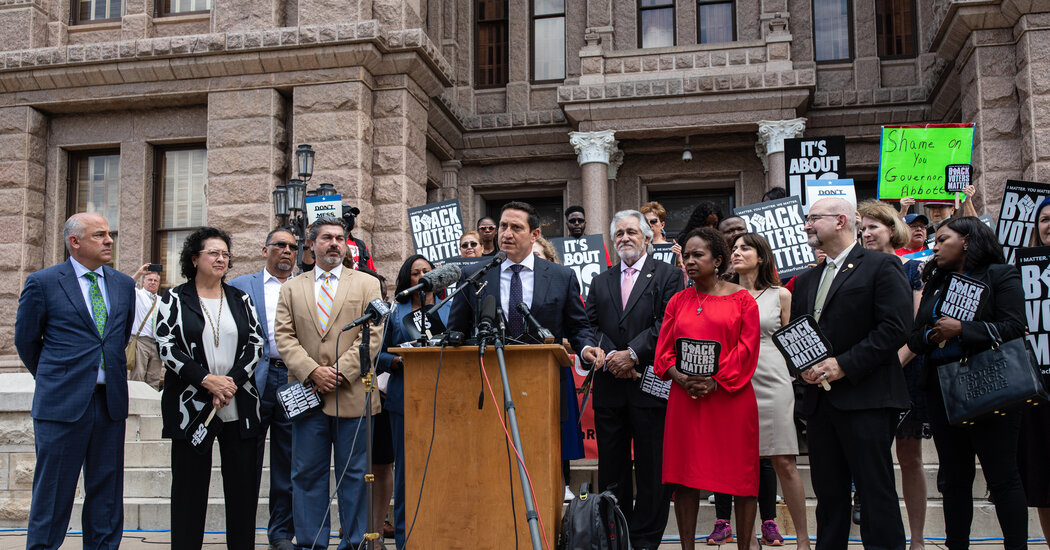 Despite high hopes last November, Democrats remain in the minority in both Texas legislative chambers and their options are limited. If they remain out of state and deny a quorum until the special session concludes at the end of the month, Mr. Abbott can simply call another one. He is certain to call at least one more session later this year to pass new congressional and legislative maps and allocate billions of dollars in federal pandemic relief funding.

In addition, there is no indication that there are 50 Senate Democrats willing to pass voter protections on a simple majority vote, a move that would require weakening the filibuster. At least a half dozen Democratic senators, a group whose most outspoken figures are Joe Manchin III of West Virginia and Kyrsten Sinema of Arizona, have expressed their resistance to such a move.

The Texas Democrats’ escape follows several days of internal deliberations about how aggressively to resist the Republican proposals on voting. While a group of progressive young lawmakers advocated leaving the state, the party’s leadership had been more cautious, pushing a plan to force a series of votes on amendments aimed at watering down the voting bill.

“We’re going to fight to kill the bill, we’re going to use procedure and the rule book to make sure that a bad bill doesn’t pass,” State Representative Rafael Anchia, the chairman of the Mexican American Legislative Caucus, said on Friday. “The first approach is going to be to fight the bill head on.”

The Republican voting proposals, among other provisions, would ban 24-hour voting and drive-through voting; add new voter identification requirements for voting by mail; increase the criminal penalties for election workers who run afoul of regulations; and greatly expand the authority and autonomy of partisan poll watchers.

Democratic reluctance to fleeing the state evaporated over the weekend as liberal activists, Texas citizens and Beto O’Rourke, the former congressman who is the state party’s most popular figure, testified at a hearing beginning Saturday morning that lasted nearly 24 hours.