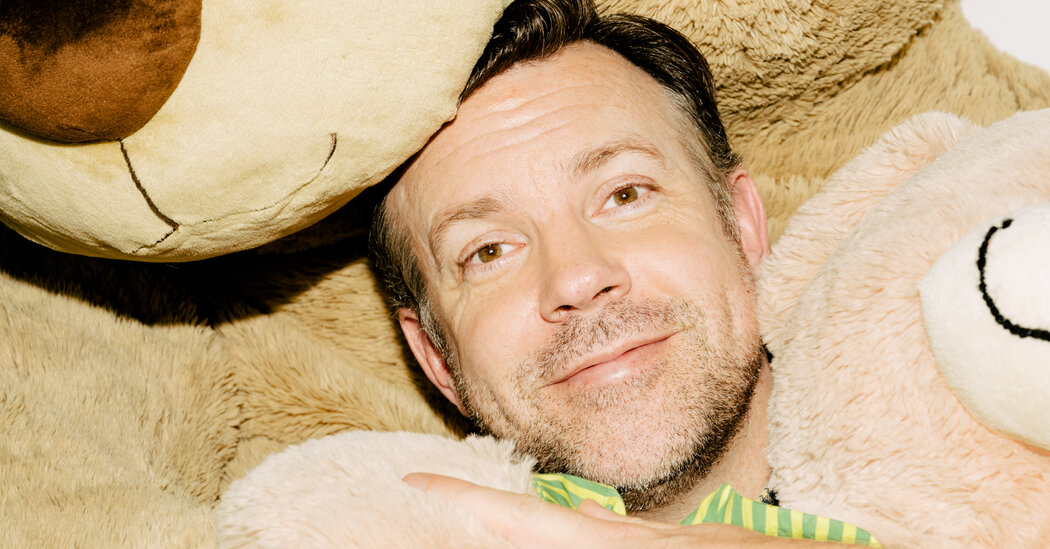 The thing Bill and I talked about in the pitch was this antithesis of the cocktail of a human man who is both ignorant and arrogant, which lo and behold, a Batman-villain version of it became president of the United States right around the same time. What if you played an ignorant guy who was actually curious? When someone used a big word like “vernacular,” he didn’t act like he knew it, but just stops the meeting like, “Question, what does that mean?”

And also the idea of just saying please and thank you — I remember holding doors for people when I first got hired at “Saturday Night Live,” and they would stop, thinking I’m going to hit them in the butt or something. It was always really funny to me, and so it was based on those observations about what was going on with society and discourse, and lack of manners, all rolled into one.

But you also get into darker things Ted’s dealing with, like panic attacks. Why was that important to you?

SUDEIKIS We had to work backward, because if you’re going to play this nice guy at a certain age who’s married, then why does he take this job? Well, things must not be great at home. It was always about revealing. I’m going to butcher the Mark Twain quote, but every person’s life is a comedy, a drama and a tragedy. So we had to honor those other two elements, because the comedy part was baked into the premise of the fish-out-of-water, bungling idiot who doesn’t know what he’s doing. And the mustache, obviously.

There’s more to Ted than meets the eye, and that also applies to the other characters. The bitter ex-wife who hires him to ruin her ex-husband’s favorite team, the vapid influencer, the prima donna athlete — nearly everybody embodies a stereotype that eventually gets subverted.

LAWRENCE It would be easy to go, “This female lead is just the classic villain, she’s trying to destroy the team, she’s a shrew.” But we’re going to show what got her there, how she was emotionally abused. We’re going to take her to crossroads herself and make people hope she takes the right path. The amazing thing about this show for me, as someone who has done a lot of TV, is every writer could tell you every character’s complete journey before we even started writing the second season.