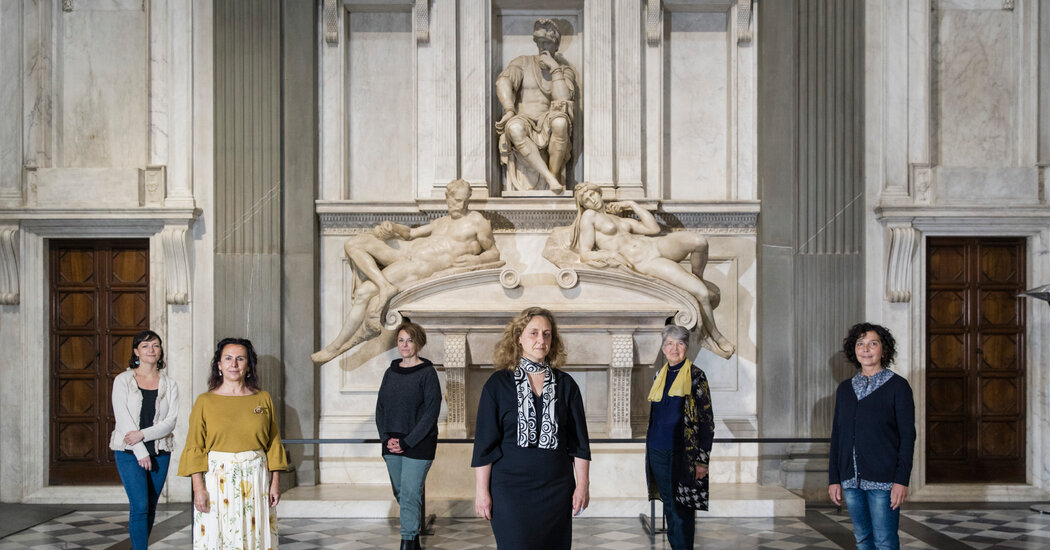 In 1527, with the Sack of Rome, Florentines, including Michelangelo, supported a Republic and overthrew the Medicis. Among the ousted princes was Lorenzo di Piero’s sometimes volatile son, Alessandro, whom many historians consider a real piece of work. Michelangelo couldn’t stand him, and when the Medicis stormed back, it was Michelangelo’s turn to flee.

In 1531, the Medici Pope Clement VII pardoned Michelangelo, who went back to work on the family chapel. But by that time, Alessandro had become Duke of Florence. Michelangelo soon left town, and the unfinished chapel, for good.

Alessandro’s relative, known as the “bad Lorenzo,” agreed and stabbed him to death in 1537. The duke’s body was rolled up in a carpet and plopped in the sarcophagus. It’s unclear if his father, Lorenzo, was already in there or moved in later.

In 2013, Bietti, then the museum’s director, realized how badly things had deteriorated since a 1988 restoration. The museum cleaned the walls, marred by centuries of humidity and handprints, revealed damages from the casts and iron brushes used to remove oil and wax, and reanimated the statues.

“Come and see,” Bietti said, pointing, Creation-of-Adam-style, at the toe of Night.