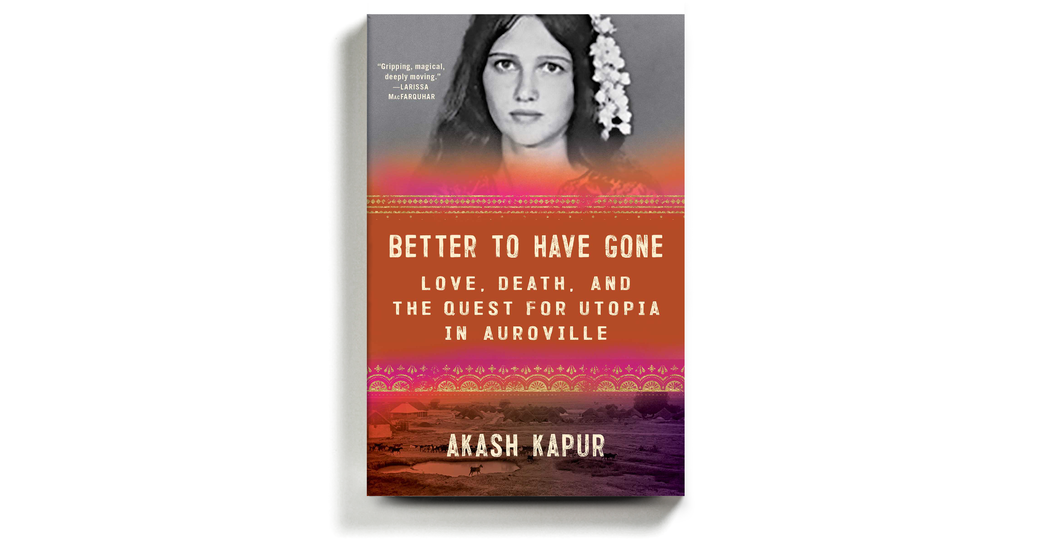 If the story of Walker and Maes cannot be separated from the longing and naïveté of the 1960s, as Kapur writes, it is even more tangled up in the politics of Auroville itself, which was thrown into an identity crisis after the death of the Mother in 1973. The ideological rifts went all the way up to the Indian Supreme Court: Did the teachings of Auroville constitute a religion, a sect or a spirituality? What are the differences between the three?

For a book that is so diligent about context, however, Kapur’s lack of interest in the colonial legacy of Auroville is surprising, and his description of the land itself — “a fitting tabula rasa for the new world,” this, in the teeming state of Tamil Nadu — genuinely took me aback. (For a thorough treatment of the colonial roots of Auroville — and indeed the idea of utopia itself — see Jessica Namakkal’s “Unsettling Utopia,” published last month.)

A louder, more troubling omission is Maes herself. The contours of her faith, desires, personality are not easy to trace, and her contradictions impossible to reconcile — she who let young Auralice be raised by neighbors but insisted on spoon-feeding the girl into her teens? She is a sphinx, reduced mostly to the extraordinary fact of her beauty. Walker, on the other hand, not only left a cache of correspondence but proved to be an uncommonly interesting writer. Some of the most vivacious prose in the book can be found in his letters (extended quotation comes with its perils). Kapur has his talents — the story is suspensefully structured, and I consumed it with a febrile intensity — but he has a deadly attraction to cliché. Men contain all the requisite multitudes in this tale full of “unfinished business” and the “wreckage of history,” in which “the wolf is perpetually at the door” and seasons are spent in the “belly of the beast” (in this case, Harvard).

If there is a mystery to be solved in this book, it is not what happened on that day in October 1986, in the hut, where a man lay dying and a woman watching him wept. What happened was witnessed by many, it turns out; it was tragic and deeply unnecessary. The mystery lies in this book’s provenance and desire, the reason, I suspect, for that decorous reticence where Maes is concerned. This book has one real reader in mind: Auralice, who was raised with a kind of reverence and neglect not uncommon in Auroville in those days. She foraged for food, escaped to neighbors when the chaos of her home proved too much. Living with her, Kapur has come to know the quality of her silences — “there are places we don’t go, thing we don’t — can’t — talk about,” he writes. “I suppose one of the reasons I wrote this book was to break down those walls.”

He accomplishes far more. He brings this past into a kind of balance: He shows how to hold it, all together, in one eye — a people and a place in all their promise and corruption. It is a complicated offering, this book, and the artifact of a great love.