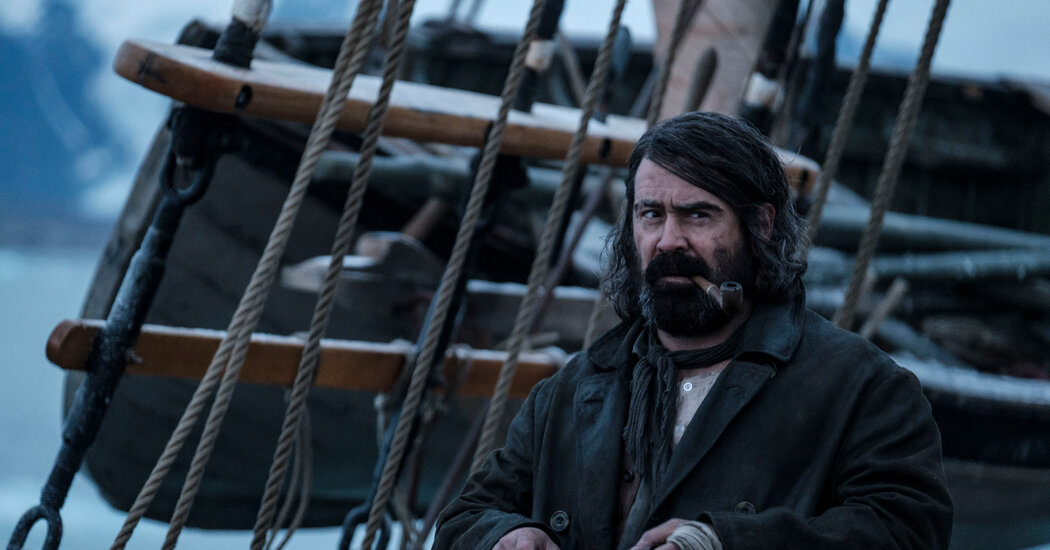 The talented British writer and director Andrew Haigh doesn’t like to be pinned down. His last three films, all excellent, have been all over the place: a domestic drama with an element of mystery about an aging British couple (“45 Years”); a rueful gay-friendship tale set in San Francisco (“Looking: The Movie”); and a heartbreaking, violent coming-of-age story about a boy and a horse in the American West (“Lean on Pete”).

If they have a common theme, it’s about people being tested, coming up against their limits. In his intelligent, beautifully filmed mini-series “The North Water” (five episodes, beginning Thursday on AMC+), Haigh takes that idea to new extremes and once again sets out for new narrative territory. Loosely adapted from a celebrated novel of the same name by Ian McGuire, “The North Water” is a 19th-century Arctic adventure, complete with creaking ice, implacable storms, mystical polar bears and seal clubbing.

It is also, as this sort of adventure tends to be, a parable, with strong family ties to the work of Joseph Conrad and Werner Herzog. Haigh’s protagonists — Patrick Sumner (Jack O’Connell), ship’s surgeon on the whaler Volunteer, and Henry Drax (Colin Farrell), its master harpoonist — represent civilization and savagery, respectively. And as the Volunteer sails past Greenland, they circle each other against a backdrop of shipboard rape and murder and a conspiracy to commit potentially deadly insurance fraud. The real evils, to a greater extent than in the book, are capitalism and empire, as Sumner eventually finds that a British shipping office holds even greater dangers than the Arctic.

Haigh, who wrote and directed the entire series, presents Sumner and Drax — and by extension, social norms and feral brutality — as two sides of a coin. Sumner, who is addicted to laudanum and has flashbacks to harsh events during his military service in India, is able to do barbarous things to survive. The casually homicidal Drax, meanwhile, has a baseline chivalry and a gruff seductiveness that are made wholly convincing by Farrell. His murders, awful affairs committed by hand, have an apologetic, almost gentle quality. (When Drax drops out of the story for a stretch in the fourth and fifth episodes, you miss him.)