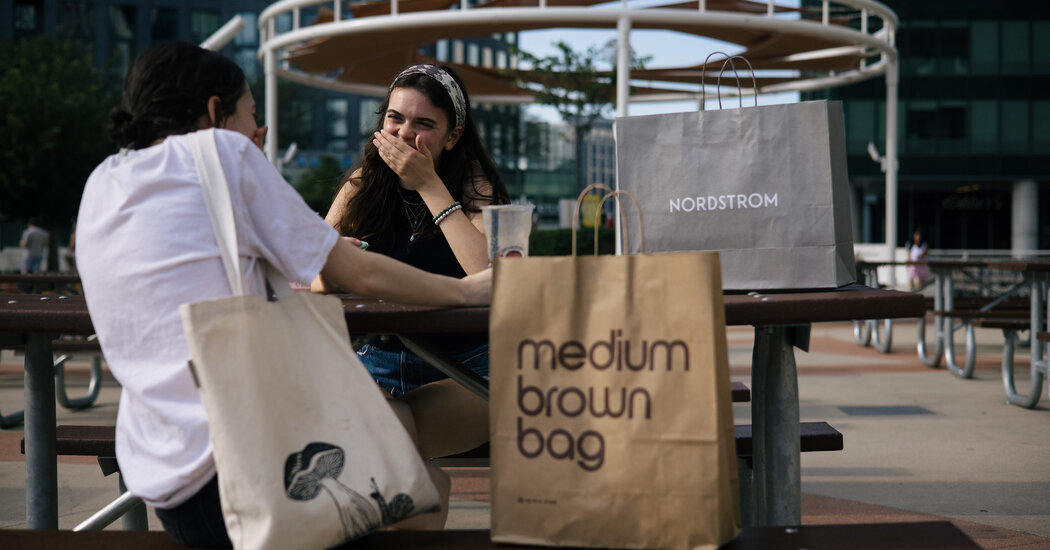 Retail sales fell slightly last month, the Commerce Department reported on Tuesday, another sign of the uneven recovery of the American consumer during the pandemic.

The 1.3 percent decline in May follows months of ups and downs in retail spending.

After falling to record lows a year ago, sales bounced back sharply in the spring, only to swing from month to month, driven by the ebb and flow of government stimulus and the persistence of the virus. The data from April was revised on Tuesday to show an increase of 0.9 percent.

Still, economists said that the broader recovery remained on track. Rather than signaling a fundamental weakness, last month’s spending data shows that consumers may have spent all they need to furnish their homes or upgrade their phones and are shifting their buying patterns. Spending on furniture declined 2.1 percent, while electronics and appliance purchasing fell 3.4 percent.

With a growing portion of the country’s population vaccinated and infection rates falling, Americans are venturing out and spending more on restaurants, which rose 1.8 percent in May.

“Household spending will support the overall economic recovery, but growth will shift from goods to services as consumers resume dining out, taking vacations, and going to movies and concerts.”

Another factor dragging down overall sales last month was a nearly 4 percent decline in auto sales. Vehicle production has been slowed by a lack of semiconductors, part of global supply chain problems that are affecting a range of products like Starbucks coffee flavorings, furniture and lumber. But government data this week also showed that auto production picked up in May, as supply chain issues eased, which should lead to more sales this summer.

Retail sales have been a closely watched barometer of the economic recovery during the pandemic. While researchers developed vaccines and states tried to get the virus under control, the federal government has spent more than $1 trillion during the pandemic trying to ensure that Americans keep spending and to prevent stores and restaurants from closing.

The stimulus payments, by many measures, have paid off. Retail sales, which experienced a record drop at the start of the pandemic, have returned to prepandemic levels, though at times haltingly. Economists are now watching whether the end of the stimulus money — the last checks were sent out in mid-March — will begin to test the recovery.

Some of last month’s decline may have been driven by the end of the stimulus, said Ian Shepherdson, chief economist at the Pantheon Macroeconomic. But he expects that retail sales will return to an “upward trend” in June as “the continued reopening persuades people to start running down their huge pile of accumulated savings.”

“The headline declines in today’s numbers tell us nothing about the future,” he said.

Likewise, Michelle Meyer, U.S. economist at Bank of America, said last month’s retail sales, if anything, “understate consumer strength.” She tracked credit card spending during the Memorial Day holiday, which was the final weekend of May.

Consumers spent 24 percent more on restaurants and 16 percent more on lodging than they did during Memorial Day in 2019, according to Bank of America’s analysis. Lodging was not captured in the retail sales data released on Tuesday.