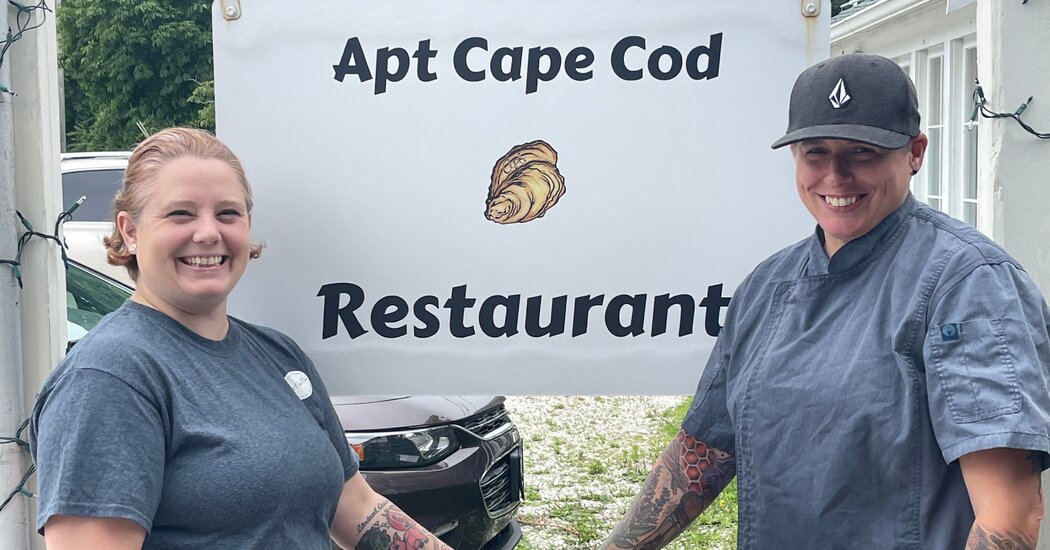 “I would say that it is its own epidemic,” she said.

“Having just come out of the last 15 months, you would think people would be grateful to just be able to enjoy a meal out,” wrote one Facebook commenter, who identified himself as David Degan and who originally comes from Buzzards Bay, Mass. “So sad that much of society has gone back to being unkind and entitled.”

Tyler Hadfield, a co-owner of The Rail, a restaurant in Orleans, Mass., the next town from Brewster, said in an interview on Tuesday that he had experienced similar issues at the restaurant that he and his brother, Cam Hadfield, opened this spring.

Last week, he said, a group of diners took out their frustrations on his employees after having to wait 40 minutes for a table and even longer because of a computer problem. They asked for the food to be boxed up after it had been brought to the table and then dumped the contents of the entire to-go bag in front of the restaurant when they left, he said.

“That’s just about the worst behavior I’ve ever seen,” he said.

As restaurants adapt to the changing contours of the pandemic, Mr. Hadfield, 27, said that he wishes that customers would show more patience for the people cooking their meals and serving them.

“Giving us a little grace to come from zero to 60 would be nice,” he said.

Next door to Massachusetts in Rhode Island, the head of the state’s hospitality association said in an interview on Tuesday that several restaurant owners had recently complained to her about customers mistreating their employees. One of them, she said, had expressed concerns that his workers might walk off the job. She also recalled an episode last summer when an ice cream shop in the state closed one of its locations for the rest of the season because of rude customers.

“I think we just need to remind people that we are all doing the best we can with the resources that are available to us right now,” said Dale J. Venturini, the president and chief executive of the Rhode Island Hospitality Association. “I think it’s pent-up demand. People do not have the same patience that they may have had in the past, and I’m hoping that’s going to change.”