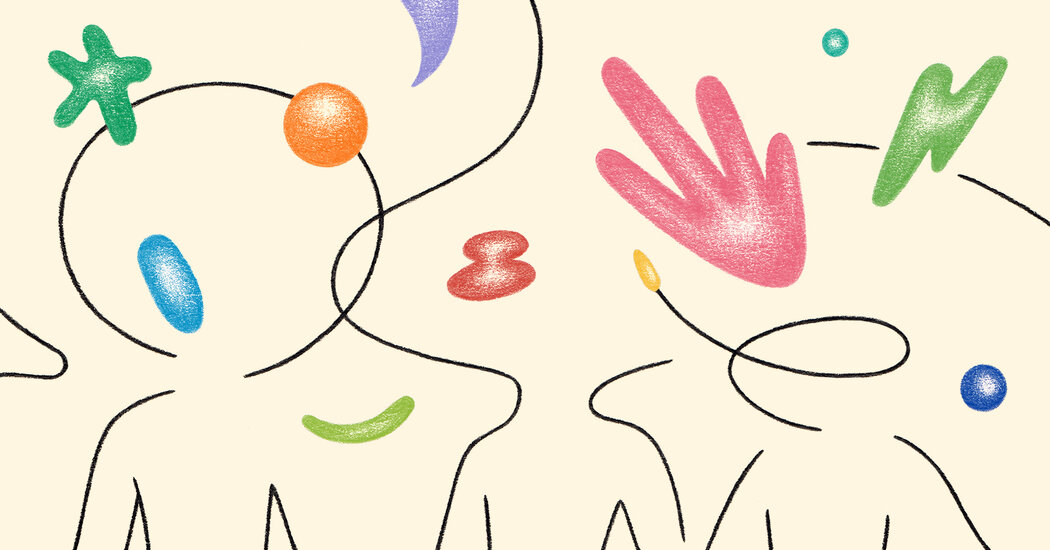 And there’s reason to believe these symptoms haven’t been caused only by the crisis itself — they’ve actually been transferred from person to person. Studies show that if your spouse, your family member or your roommate develops depression, you’re at heightened risk for it. And contagion isn’t limited to face-to-face interaction: Emotions can spread through social media posts and text messages, too.

Emotional contagion can in part explain so-called Zoom fatigue, a phenomenon that has mostly been attributed to sitting still, staring at oversize virtual heads, feeling self-conscious at seeing your own reflection and juggling the cognitive load of reading glitchy facial expressions. The science of contagion suggests that the negative emotions we feel from video-call overuse could be partially driven by hours of communicating with people who are also sad, stressed, lonely or tired. (How to survive a Zoombie apocalypse: Avoid eye contact at all costs.)

When it first became clear that people would be encouraged to stay at home and avoid large crowds, a joke circulated in which introverts declared, “I’ve been preparing for this moment my entire life.” But the data tell a different story: During the pandemic, it’s generally been introverts, not extroverts, who have reported more depression, anxiety, stress and loneliness. Extroverts may seek more connection, but introverts need it as well — they are also energized by social interaction. In isolation, many introverts may have been surprised to feel forlorn. They were missing collective effervescence, too.

This spring, I wrote an article about languishing — the stagnation and ennui between the valley of depression and the peak of flourishing. I’ve never seen people so enthusiastic about discussing their lack of enthusiasm. One poignant response came from a woman who owns a bakery in Chicago, who shared with me that she missed the hours she used to spend absorbed in baking bread. Maybe it wasn’t just about finding flow in an individual task. Could she also have missed the collective effervescence of baking with and for others?

When Émile Durkheim first wrote about collective effervescence, in 1912, it was the eve of World War I and six years before the Spanish flu began its deadly spread. But the Roaring Twenties brought it back in full force. People sang and danced together and watched and played sports together. They didn’t just find collective effervescence in the shallow fun of frivolous activities; they also forged it in the deep fun of creating together and solving problems together. That decade brought an explosion of popular art like jazz and talking films, recreation like water skiing and medical advancements like insulin.

As some countries start to reopen, collective effervescence will happen naturally — and it already is. There will be fewer Zoombies roaming the internet in their pajama bottoms, reaching out listlessly through their computer screens. Some of us have already started feeling the thrill of creative collisions at work and the rush of a real vacation. But getting out of the house doesn’t guarantee that we’ll pursue happiness the best way.