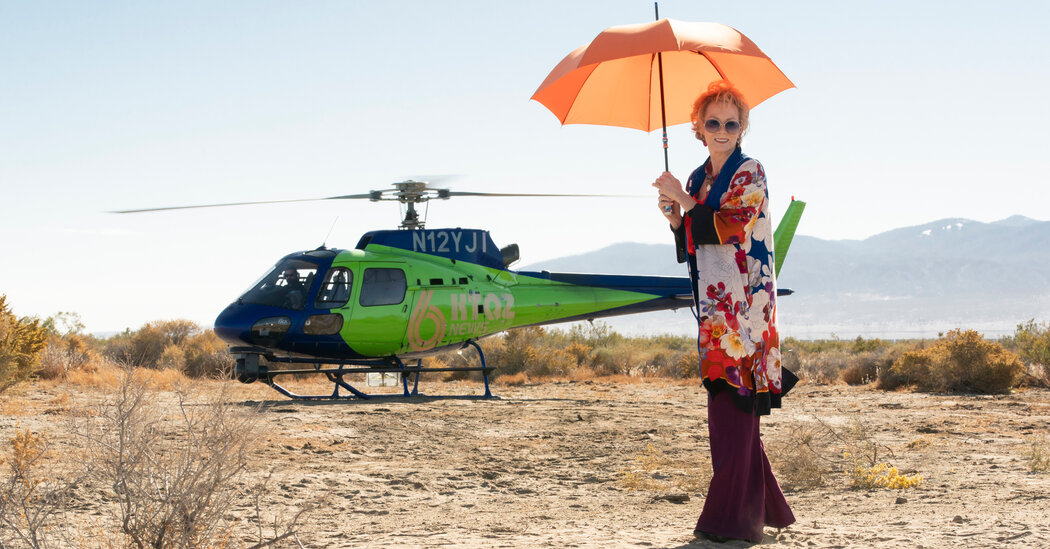 Smart grew up in Seattle, the second of four children. She studied theater at the University of Washington — at 5-foot-9, she played a lot of villainesses — and married the night she graduated. She spent a few years as a Marine Corps wife, and when that marriage ended, she found her way back to acting, eventually moving to New York City where she somehow managed to rehearse Lady Macbeth, in “Macbeth,” and a dying lesbian, in “Last Summer at Bluefish Cove,” simultaneously.

Soon after, producers saw her in a Broadway show and flew her out to Los Angeles to test for a role on a series. The show, “Teachers Only,” lasted just one more season. But other TV parts followed — a secretary, a prison warden, a jewel thief.

Even back then, no one could quite type her. Maybe because she was tall. Maybe because she had a gift for daffy comedy, but veined with melancholy and poise. Maybe because, as Melissa McCarthy, who has worked with Smart several times, put it, “You can’t put someone so interesting, so intelligent and so kind in a box.”

“The night before I decided to take the deal, I really cried and cried and cried,” Smart said. “I’m an actor because I don’t want to do the same thing all the time.”

But she didn’t do the same thing. Not really. Smart never thought of the show as a sitcom and she never treated it like one. It didn’t occur to her — it never occurs to her — to bring anything less than her entire skill set to the role. On the page, Charlene, the office manager of an interior design firm, may have seemed little more than a sweet, dim blonde, but Smart gave her resiliency, a legible emotional life and, according to Bloodworth-Thomason, an astonishing degree of realism.