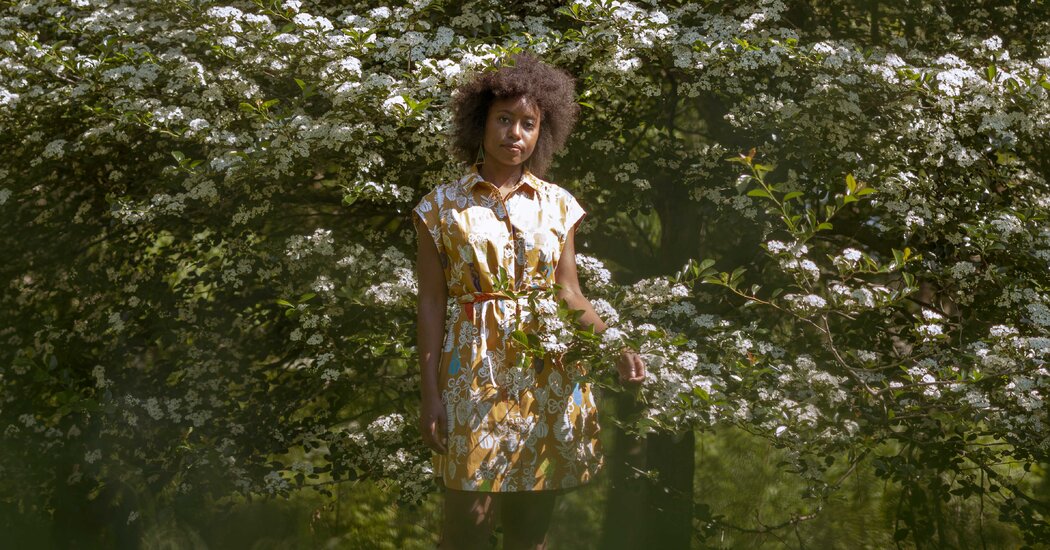 Harris started at Knopf Doubleday as an editorial assistant, a job she held for about two years before being promoted in 2018 to assistant editor. She thought that was a career she wanted, but when she was given her first book to edit, she said it was like being proposed to by someone she didn’t want to marry. She went to a co-worker’s desk and cried.

“I remember sobbing to him and being like, ‘I should be really happy, but I’m not,’” she said.

Three months after the restroom encounter that sparked the book, Harris left her job to focus on writing it, staying afloat with part-time work. Six sleep-deprived months later, she had a completed manuscript.

Her boyfriend, now fiancé, Grisha Rudensky, had just moved into her studio apartment in Midwood, Brooklyn, so she had someone with whom she could split rent and groceries, which made quitting her publishing job affordable. Harris said that a lot of her life had been “transmuted to Nella,” and that Nella’s white boyfriend, Owen, is somewhat modeled on Rudensky.

Rudensky served as her sounding board, talking her through details like the right name for someone from Portland, Ore. (River), and a book that a self-involved white man would love (“Infinite Jest”). Despite his involvement, he didn’t get his hands on the manuscript until it had been edited by Harris’s publisher.

“She is a perfectionist,” he said. “She wouldn’t let me read the book for a very long time, even though I knew every part of the story.”

In some ways, this book could have been set in any white-dominated profession, Harris said. But the book she wrote is a pointed critique of publishing — which didn’t stop the industry from wanting to buy it. Badly.

“It was really unlike anything I had experienced,” said Stephanie Delman, Harris’s agent.

“I hadn’t felt that way about a manuscript in 10 years,” said Lindsay Sagnette, the editorial director at Atria. “I soon learned I was not alone! But I had to have it.”