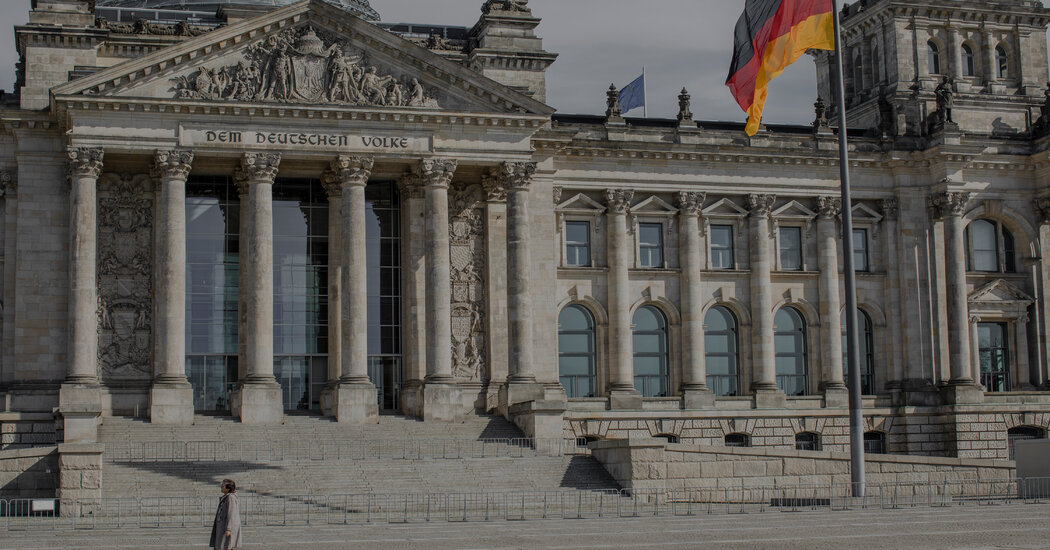 But accelerationist mythmaking also offers a fantasy of strength: It promises adherents that they have the power to bring about that collapse and to dominate the new order that will follow it.

The risks of that ideology are far from theoretical.

In Germany, members of the terrorist group Revolution Chemnitz were convicted last year of plotting an attack on Oct. 3, 2018, billed as “a turning point in history” and “historic day” on which the “regime change” would be forced.

The bombing of a federal building in Oklahoma City in 1995, which killed 168 people, including 19 children, was carried out by far-right militants who took inspiration from “The Turner Diaries,” a 1978 novel that depicts a violent revolution in the United States, followed by a mass genocide of nonwhite people. And in 2015, a white supremacist gunman cited the desire to start a “race war” as his reason for killing nine Black people in the Emanuel African Methodist Episcopal Church in Charleston, S.C.

And many participants in the Jan. 6 attack on the United States Capitol building saw that as a first step in overthrowing the government that they saw as corrupt, or the social order of the United States more broadly, Dr. Miller-Idriss said.

But there are other dangers, less direct but perhaps ultimately more serious, experts say.

It is likely that only a small fringe within the Jan. 6 rioters adhere to the accelerationist ideas of QAnon or armed militias, Dr. Miller-Idriss said. QAnon has become an umbrella for multiple conspiracy theories, and not all of its supporters are waiting for “the storm” or trying to bring it about, she said.

But she believes that should be an occasion for more worry, not less, because the events of Jan. 6 show that the extremist fringe can develop a broader coalition than was ever possible in the past.

“It was the first time that we in this country have seen what amounted to a successful coalition, even a spontaneous one, across a variety of kind of groups on the far-right spectrum,” she said. “It was a coalition that emerged semi-spontaneously that showed that despite these differences, these groups can unify around a thematic issue or event.”