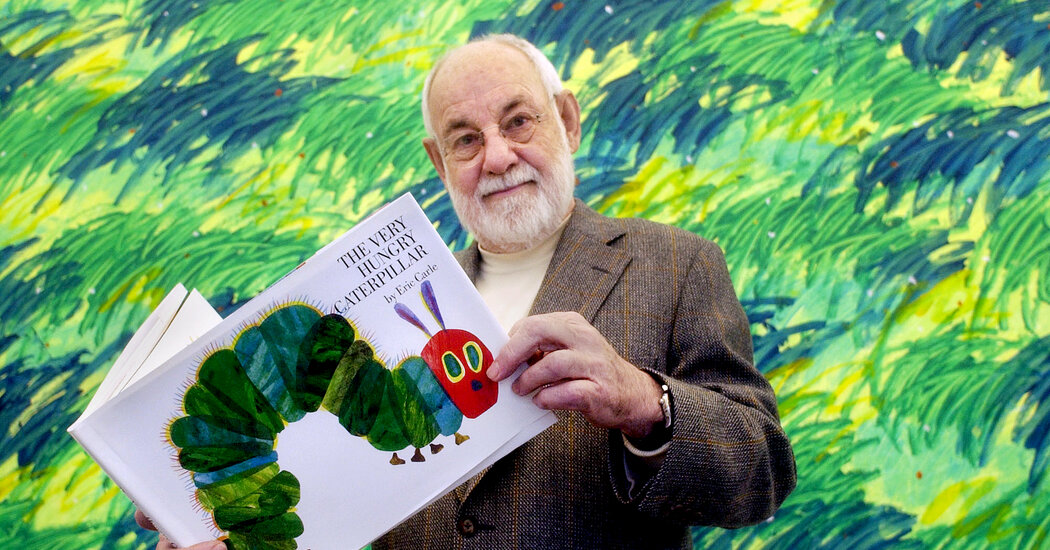 But it might also become the star of one of the best-selling children’s books of all time.

Eric Carle, the artist and author who created that creature in his book “The Very Hungry Caterpillar,” a tale that has charmed generations of children and parents alike, died on Sunday at his summer studio in Northampton, Mass. He was 91.

His death, which was announced on Wednesday, was caused by kidney failure, his son, Rolf, said.

“The Very Hungry Caterpillar,” Mr. Carle’s best-known book, has sold more than 55 million copies around the world since it was first published in 1969, its mere 224 words translated into more than 70 languages. It is one of more than 70 books that Mr. Carle published over his career, selling more than 170 million copies, according to his publisher, Penguin Random House.

In 2003, he received the prestigious Laura Ingalls Wilder Award (now called the Children’s Literature Legacy Award) from the American Library Association, which recognizes authors and illustrators whose books have created a lasting contribution to children’s literature.