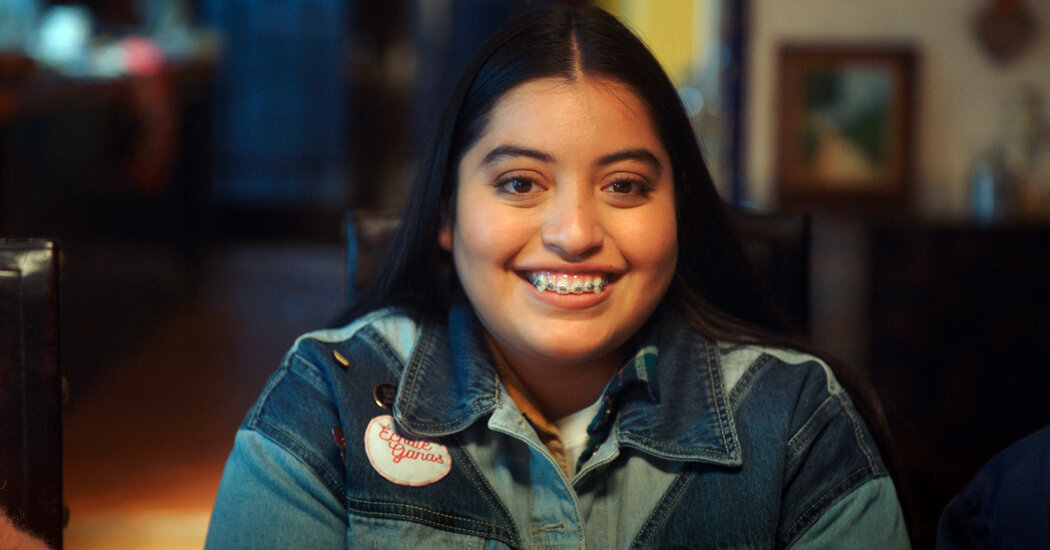 Can truly radical programming come from Disney? I was skeptical from the moment I heard about “Launchpad” (streaming on Disney+), the studio’s new initiative to support and uplift underrepresented filmmakers. Historically, Disney hasn’t had a strong track record for representation (well, which Hollywood studio has?). In fact, it recently added disclaimers about racist stereotypes in old films from its streaming library, including “Dumbo” and “Peter Pan.” Efforts for inclusivity only really ramped up in the last few years, and even so, they have not been without missteps — the live-action “Beauty and the Beast,” for example, hyped up Josh Gad’s Le Fou as Disney’s first gay character, only to make his queerness insultingly ambiguous and brief.

And so arrives “Launchpad,” a collection of short films that may be part of Disney’s efforts to right some of its previous wrongs. The “Launchpad” finalists — chosen from a pool of more than 1,000 applicants — were given a budget and equipment, and were paired with mentors from various Disney divisions. But I hope Disney delivers on the “launchpad” title, nurturing the directors for future opportunities, both in-house and out, and I am curious to see how the filmmakers will be supported on the streaming site and on Disney’s social media accounts. Because I’ve seen all six short films from the inaugural season, all working off the theme “Discover,” and there’s definitely a lot of promise here. These films, all 20 minutes or shorter, mostly come from minority filmmakers and explore non-American traditions and L.G.B.T.Q. themes — themes that I wish were more prevalent, or at least more sensitively handled, in Disney’s bigger releases.

“American Eid,” by Aqsa Altaf, follows a young Pakistani girl named Ameena (Shanessa Khawaja) who becomes disheartened to learn that her American school doesn’t observe the Muslim holiday Eid. Her older sister tries to brush off her heritage in favor of assimilation, but Ameena’s heartfelt petition to make Eid a school holiday awakens a sense of belonging and tradition in them both. The film wears the awkwardness of inexperience, but charms with earnestness. It’s not hard to get the sense that the story means a lot to its director. Stefanie Abel Horowitz’s short, “Let’s Be Tigers,” is also an earnest entry, dealing with a babysitter’s grief over losing her mother, and how she communicates that sadness to the young boy she is taking care of that evening. It is surprisingly somber for Disney.

Two of the shorts are Chinese American. “Dinner Is Served,” directed by Hao Zheng, follows a young man (Qi Sun) navigating the very white and upper-class world of being a maître d’ at his boarding school — he stands out in that world, and alienates his Chinese friends during tryouts. Zheng surprises by eschewing the standard Disney story line of an underdog’s saccharine victory and instead exposes that some wins are just for optics. Representation can be shallow, and the people in charge will pat themselves on the back for it.

Moxie Peng’s “The Little Prince(ss)” is one of the highlights of the bunch, as it delicately traverses the notion of gender through two 7-year-old children, Gabriel (Kalo Moss) and Rob (Ching Yin Ryan Hu). Gabriel’s family is supportive of the child’s interest in ballet, but Rob’s conservative Chinese father struggles to see outside his rigid view of masculine expectations. Gender fluidity is a frontier that still has a lot of room for exploration, and it is especially interesting to see it in the context of Asian American families.

Then there are two Mexican American shorts. “The Last of the Chupacabras,” by Jessica Mendez Siqueiros, is an endearing depiction of modern Mexican folklore. Living in a fictional town where anything that strays from the white American norm is shocking, an old woman summons an ancient creature called a chupacabra. What results is far more adorable than terrifying.

But the real standout is “Growing Fangs,” another Mexican American tale. Like “Chupacabras,” it has supernatural elements, but Ann Marie Pace, who wrote and directed, illustrates the identity crisis of a Mexican American through a comedy about a teen girl who struggles to balance her human side with her vampire side. Val transfers from a normal public school to a monster school, where she tries to fit in and keep her human side hidden. In just 19 minutes, Pace creates such a vividly lived-in world — a glimpse into a bigger story that’s better than most TV pilots. You immediately get a sense of the family dynamic (human father, vampire mother and grandmother, and an especially bloodthirsty younger brother) and the hierarchy at school, with popular vampire cheerleaders and a benevolent witch who serves as the school nurse and helps Val realize she is human and vampire, not “half” anything. As Val, Keyla Monterroso Mejia is a charismatic star with precise comedic facial timing. I’d be disappointed if “Growing Fangs” isn’t made into a feature film or, better yet, a bilingual “Jane the Virgin”-like series that touches on elements of heartfelt family drama and telenovela comedy. And I’d be very disappointed not to see Pace’s name, or Mejia’s, on bigger projects soon. “Launchpad,” do your thing.