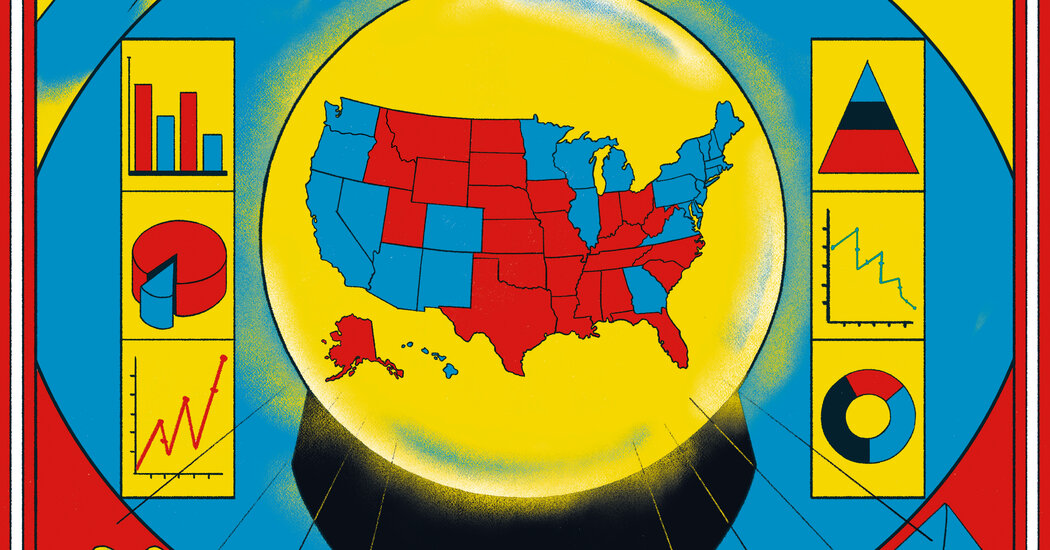 I want to stop here and say I believe, as does Shor, that educational polarization is serving here as a crude measure of class polarization. We tend to think of class as driven by income, but in terms of how it’s formed and practiced in America right now, education tracks facets that paychecks miss. A high school dropout who owns a successful pest extermination company in the Houston exurbs might have an income that looks a lot like a software engineer’s at Google, while an adjunct professor’s will look more like an apprentice plumber’s. But in terms of class experience — who they know, what they believe, where they’ve lived, what they watch, who they marry and how they vote, act and protest — the software engineer is more like the adjunct professor.

Either way, the sorting that educational polarization is picking up, inexact as the term may be, puts Democrats at a particular disadvantage in the Senate, as college-educated voters cluster in and around cities while non-college voters are heavily rural. This is why Shor believes Trump was good for the Republican Party, despite its losing the popular vote in 2016, the House in 2018 and the Senate and the presidency in 2020. “Sure, maybe he underperforms the generic Republican by whatever,” Shor said. “But he’s engineered a real and perhaps persistent bias in the Electoral College, and then when you get to the Senate, it’s so much worse.” As he put it, “Donald Trump enabled Republicans to win with a minority of the vote.”

The second problem Democrats face is the sharp decline in ticket splitting — a byproduct of the nationalization of politics. As recently as 2008, the correlation between how a state voted for president and how it voted in Senate elections was about 71 percent. Close, but plenty of room for candidates to outperform their party. In 2020, it was 95.6 percent.

The days when, say, North Dakota’s Republicans would cheerfully vote for a Democrat for the Senate are long past. Just ask Heidi Heitkamp, the defeated North Dakota Democrat who’s now lobbying her former colleagues to protect the rich from paying higher taxes on inheritances. There remain exceptions to this rule — Joe Manchin being the most prominent — but they loom so large in politics because they are now so rare. From 1960 to 1990, about half of senators represented a state that voted for the other party’s nominee for president, the political scientist Lee Drutman noted. Today, there are six.

Put it all together, and the problem Democrats face is this: Educational polarization has made the Senate even more biased against Democrats than it was, and the decline in ticket splitting has made it harder for individual Democratic candidates to run ahead of their party.

Atop this analysis, Shor has built an increasingly influential theory of what the Democrats must do to avoid congressional calamity. The chain of logic is this: Democrats are on the edge of an electoral abyss. To avoid it, they need to win states that lean Republican. To do that, they need to internalize that they are not like and do not understand the voters they need to win over. Swing voters in these states are not liberals, are not woke and do not see the world in the way that the people who staff and donate to Democratic campaigns do.

All this comes down to a simple prescription: Democrats should do a lot of polling to figure out which of their views are popular and which are not popular, and then they should talk about the popular stuff and shut up about the unpopular stuff. “Traditional diversity and inclusion is super important, but polling is one of the only tools we have to step outside of ourselves and see what the median voter actually thinks,” Shor said. This theory is often short-handed as “popularism.” It doesn’t sound as if it would be particularly controversial.