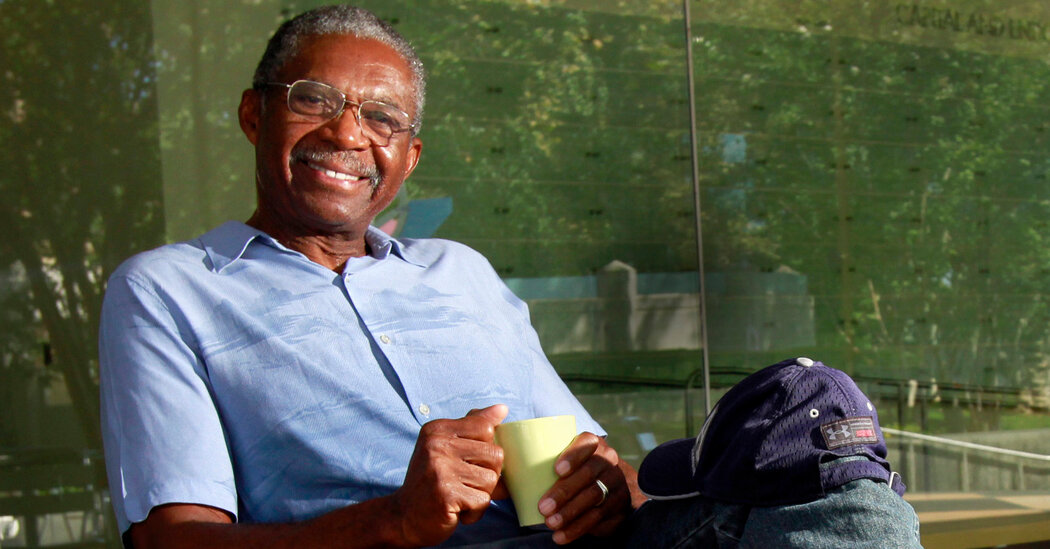 Charlie Robinson, the veteran actor whose best-known role was Mac, the good-natured and pragmatic court clerk, on the long-running NBC sitcom “Night Court,” died on Sunday in Los Angeles. He was 75.

His family confirmed the death, at the Ronald Reagan U.C.L.A. Medical Center, in a statement. The family said that the cause was a heart attack and organ failure brought on by septic shock, and that Mr. Robinson also had adenocarcinoma, a cancer of the glandular cells.

In 1984, he was cast in the role for which TV viewers would come to know him best: Macintosh Robinson, better known as Mac, on “Night Court,” then in its second season.

“Night Court,” which aired on Thursdays at 9:30 p.m., after “Cheers,” was set in a Manhattan courtroom that played host to a parade of oddballs and misfits in the dead of night. It was built around Harry Anderson as Harry Stone, a quirky, kindhearted judge, but it was really an ensemble show.

Mr. Robinson was born in Houston on Nov. 9, 1945, to Planey and Ora (Barnes) Robinson. He served in the Army and briefly attended the University of Houston before leaving to pursue an acting career.

He attended the Studio 7 workshop at the Houston Music Theater in the late 1960s and also trained at the Alley Repertory Theater there before moving to Los Angeles, where his family said he studied at the Actors Studio, the Mark Taper Forum and the Inner City Cultural Center.

In addition to “Night Court,” Mr. Robinson was seen on numerous TV shows, including “The Fresh Prince of Bel-Air,” “Key and Peele,” “This Is Us,” “Malcolm & Eddie,” “Grey’s Anatomy,” “How I Met Your Mother” and “NCIS.” Before joining the cast of “Night Court” he was a regular on “Buffalo Bill,” the Dabney Coleman sitcom that lasted only two seasons but developed a cult following. His film credits include “The Black Gestapo,” “Gray Lady Down” and “The House Bunny.”

Mr. Robinson won the 2006 Ovation Award for best actor in a play for his performance as Troy Maxson in a production of August Wilson’s “Fences” at the Oregon Shakespeare Festival.

Later in his career, Mr. Robinson had recurring roles on the CW comedy-drama “Hart of Dixie” and the CBS sitcom “Mom.” In 2020, he appeared in “Love in the Time of Corona,” a mini-series on the Freeform cable channel about people seeking connections amid the coronavirus pandemic. His wife, Dolorita Noonan-Robinson, played his nurse.

In addition to his wife, Mr. Robinson’s survivors include his mother; his children, Luca, Charlie, Christian and Byron; his brother, Virgil Carl Robinson; and several grandchildren and great-grandchildren.

One of Mr. Robinson’s final professional performances was onstage opposite Wendell Pierce in James Anthony Tyler’s play “Some Old Black Man” at the University of Michigan. Mr. Pierce, best known for his role as a curmudgeonly detective on “The Wire,” played a college professor who moves his father, played by Mr. Robinson, into his Harlem penthouse. The play was staged in the fall of 2020 and was streamed online earlier this year.

Mr. Pierce said on Twitter that he, Mr. Robinson and the play’s production team quarantined together for nearly a month.

“Only 27 days in quarantine with Charlie Robinson and I got to appreciate the man, not just the wonderful actor of great charm and skill on stage, TV and film,” Mr. Pierce wrote. “In the life of an actor the only things you take with you are the work that you do and the people you do it with.”

In an interview, Mr. Pierce said that he had just finished a run playing Willy Loman in Arthur Miller’s “Death of a Salesman” in London. Mr. Robinson had played the role in 2013, and the two bonded over having portrayed Willy, traditionally a white character.

Mr. Pierce said Mr. Robinson encouraged him to never stop being a student of his craft.

“He just schooled me on the sort of actor that I wanted to be,” he said. “I’ve been thinking about how I put my best days behind me, and the way he worked — well it just gave me inspiration.”