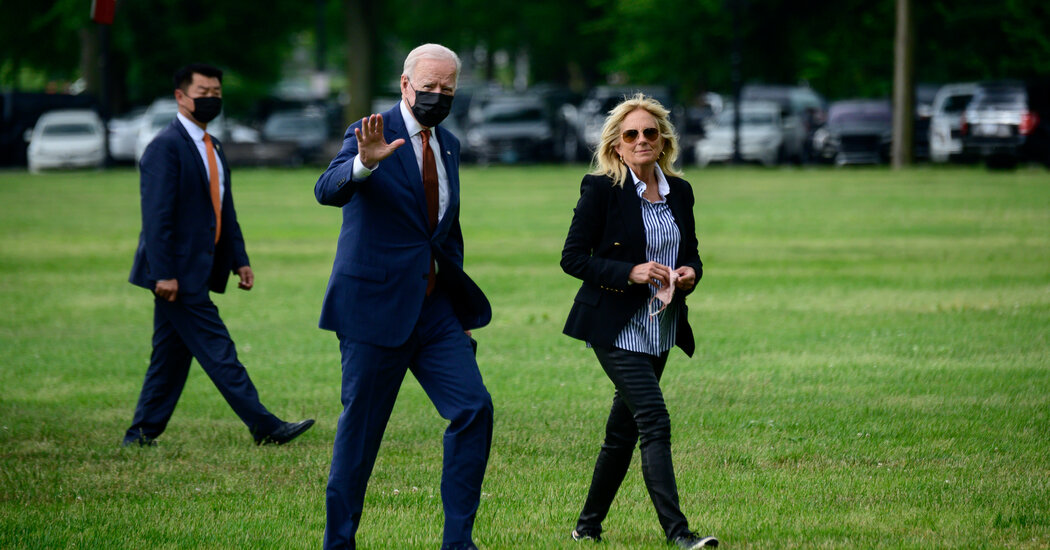 Mr. Biden planned to continue talking with members of the group while traveling to Europe this week for the Group of 7 summit, Ms. Psaki said, and dispatched Steve Ricchetti, his counselor; Louisa Terrell, his head of legislative affairs; and Brian Deese, his National Economic Council director, to carry on talks while he was gone.

Ms. Terrell and Mr. Deese have also been in touch with members of the bipartisan House Problem Solvers Caucus, including Representatives Josh Gottheimer, Democrat of New Jersey, and Brian Fitzpatrick, Republican of Pennsylvania, on an infrastructure plan. Mr. Gottheimer has been keeping in touch with Mr. Cassidy and Ms. Sinema.

Members of the Senate group, which has sought to position itself as a catalyst for compromise in an evenly divided chamber, have been quietly discussing their own framework for an infrastructure agreement for weeks. Not long after Ms. Capito reluctantly announced her talks with Mr. Biden were off, they stole away to a cramped basement office to further discuss their alternative.

“I’m trying to figure out a way that we can get an infrastructure package that can find support, so let’s make this happen,” said Senator Lisa Murkowski, Republican of Alaska. “Around this place there’s a lot of things that appear to be dead that take on a life of their own afterward.”

Fortified in part with a pizza delivery, the group met for hours on Tuesday night, and senators emerged pleased with their progress but unwilling to divulge specifics about their plan’s framework and what hurdles remained.

“This group is making a lot of progress,” Senator Mitt Romney, Republican of Utah, told reporters. “But we have a total of 100 senators, not eight.”

But it remains unclear whether the group could successfully bridge the divides that derailed the discussions with Ms. Capito. Mr. Biden has repeatedly suggested increasing taxes to help pay for the plan and has outlined a sweeping economic agenda that broadens the traditional definition of infrastructure beyond core physical projects, which Republicans have repeatedly rejected.