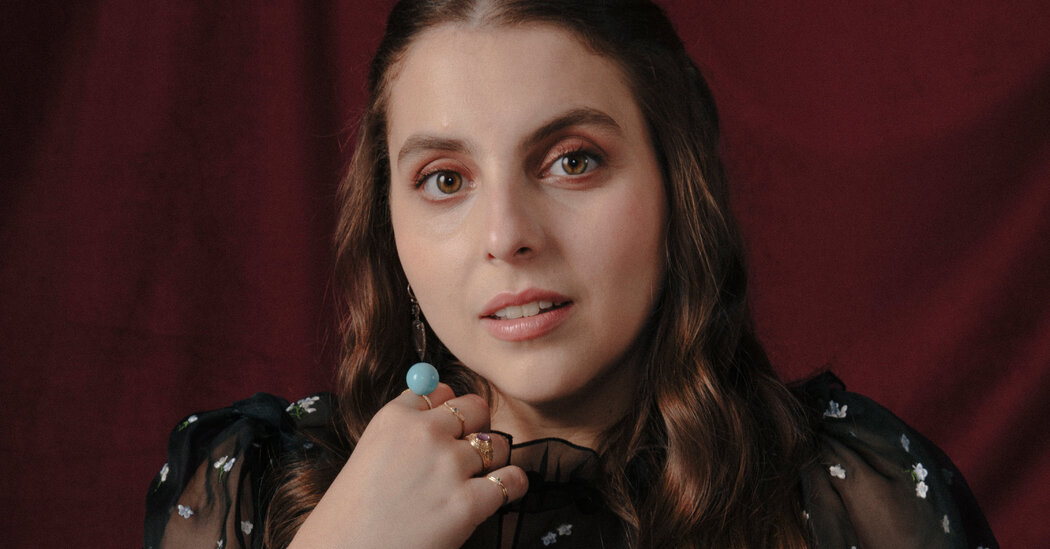 Beanie Feldstein is allergic to nearly everything — cats, dairy, fragrances, dust. “I basically live in a bubble,” she said. The sticks and sprays that help actors to cry on cue? She is allergic to those, too. So earlier this year, shooting 16-hour days on a set made to look like a Ritz-Carlton suite, she made herself cry in take after take, with no artificial tears to help her.

“I just had to like, dig, dig, dig, dig, dig and put myself there,” Feldstein, 28, said on a recent afternoon. “I wouldn’t be able to sit with myself at the end of the day if I didn’t.”

Those tears air on Tuesday in “Man Handled,” the sixth episode of the FX limited series “Impeachment: American Crime Story,” in which Feldstein stars as the White House intern Monica Lewinsky.

“Man Handled” re-creates an F.B.I. operation nicknamed “Prom Night” because, as one agent jokes, it’s hours alone with a girl in a hotel room. In the episode, an all-male cadre of agents ambush Feldstein’s Monica, still in her sweaty workout clothes, and confine her to the suite, threatening her with imprisonment if she does not cooperate with the special counsel’s investigation of then-president Bill Clinton.

The character spends most of the episode in tears or hysterics, a stark, wispy-banged departure from the effervescent women Feldstein has played in the movies “Ladybird” and “Booksmart” and on Broadway in “Hello, Dolly!” Fanny Brice in “Funny Girl,” a dream role that Feldstein will play in the Broadway revival next spring, is typecasting for her. But even though she and Lewinsky are both Jewish brunettes with Los Angeles roots and a love of show tunes, an anguished character like Monica was not.

“She’s an incredibly sunny individual,” Sarah Paulson, her “Impeachment” co-star, said of Feldstein. “That’s not to say she lacks gravitas, because nothing could be further from the truth. But she’s got a brightness to her.”

In “Man Handled,” that brightness is largely dimmed. Monica has a few moments of moxie, as when she stealthily places a call to the president’s secretary, but mostly she is at the mercy of agents who bully and deceive her. Throughout “Impeachment” but never more so than in this week’s episode, Feldstein abandons herself to the role — heart, soul, tear ducts.

“I don’t know if I’ll ever get over it, honestly,” she said with the absolute sincerity with which she says most things. “It was the most tremendous undertaking.”

We had met at an outdoor cafe in a pocket park in Midtown East, on a blazing September day. Feldstein, dressed in a leopard print maxi dress and blinding white Reeboks, didn’t eat or drink anything — those allergies — and she wore her mask the whole time, even outdoors. “I’m still very, very, very Covid scared,” she said.

Until “Impeachment,” Feldstein’s career — which also includes a starring turn in the coming-of-age-as-a-rock-critic movie “How to Build a Girl” and a season-long arc on the vampire comedy “What We Do in the Shadows” — has encompassed only comic roles. But two years ago, the uber-producer Ryan Murphy phoned and offered her the part of Monica.

Feldstein had been a child during Clinton’s presidency; she remembered little about the impeachment itself. But she agreed immediately and threw herself into research — primarily Andrew Morton’s authorized biography of Lewinsky and Linda Tripp’s illegal recordings, even though listening to those made her feel, she said, very, very icky.

Ultimately, Feldstein decided that her performance would rest less on physical or vocal impersonation than on something more ephemeral. “My goal was to just be emotionally true to what she was feeling at every moment,” she said.

Truth hurts, of course, and never more so than in the weeks spent shooting “Man Handled,” in which she screamed and sobbed for hours on end. The claustrophobic hotel setup and the tight schedule meant that breaks between takes were abbreviated. Usually, Feldstein said, she prefers a laugh and a cookie between shots. Here there wasn’t time to let the character go. And she didn’t feel she should anyway.

“This episode pushed me emotionally in ways I never could have ever anticipated or understood,” Feldstein said. “It was the most grueling, painful acting experience I’ve ever had.”

Murphy, who directed the episode, would ask her again and again if she felt OK, if she could manage another take. Lewinsky is a producer of the show, and Feldstein, who had met her for tea and texted with her often, felt an overwhelming responsibility to tell her story as fully and authentically as she could. “All I did every single day was think about honoring her,” she said.

So when Murphy asked for another take, Feldstein dried her eyes and stepped into her light. “I was like, it’s for Monica, of course I’m going to go again,’” she said.

Colin Hanks, who starred opposite Feldstein in “Man Handled,” marveled at her intensity, hour after hour, take after take.

“People think that acting is easy, and a lot of times it is,” Hanks said, speaking by telephone. “But the stuff that she was doing, man, I don’t know many people that could withstand that kind of emotional assault.”

Mira Sorvino, who plays Monica’s mother in the episode, praised her ability to stay in the moment during “Man Handled,” even when those moments were harrowing. “She was always there emotionally,” Sorvino said, speaking by telephone. “That was a heavy weight for Beanie to carry and she carried it magnificently.”

Feldstein’s natural buoyancy ensured she never stayed weighted down for long. Paulson, who plays Tripp, spoke enviously about how lightly Feldstein held herself when the cameras were finally off.

“It was actually a wild learning experience to just think, ‘Wow, you can be really excellent at your job and not want to tear your skin off every five seconds,’” Paulson said. (She also said that while she typically wears character-appropriate perfume for each role, she left it off for this one. She didn’t want to send Feldstein to the hospital.)

But months later, Feldstein hasn’t let go of the experience. Not entirely.

“It remains the most tremendous responsibility I think I will ever have,” she said. “Because I know I’ll play real people again. I’m about to play Fanny Brice. But there’s nothing like this.”