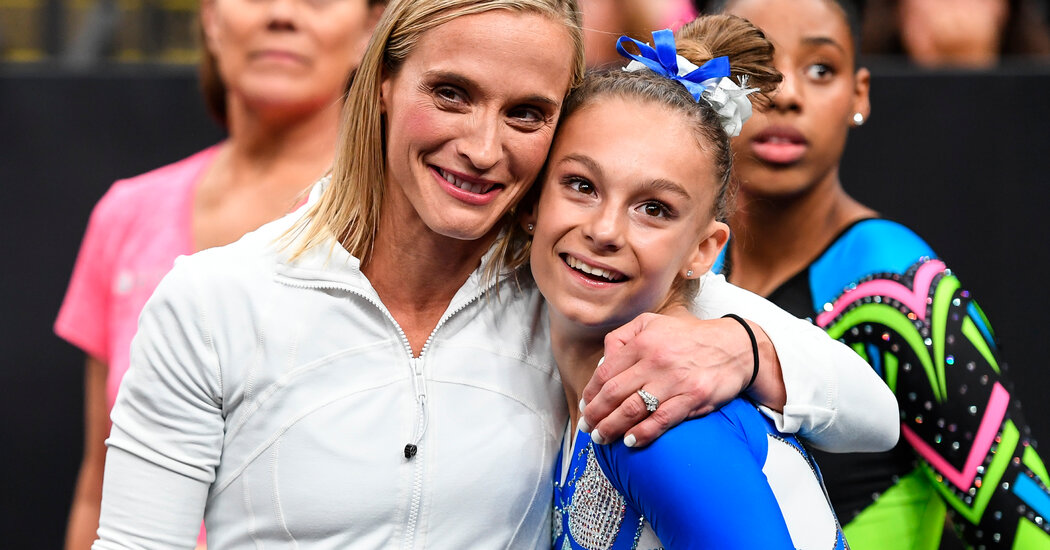 Tom Forster, the current women’s high-performance team coordinator for U.S.A. Gymnastics, instilled a new mind-set when he began leading the national team in 2018. The idea, he said, was to treat the athlete not as a commodity that could bring home medals, but as a person.

Jordan Chiles’ mother, Gina, said on Saturday that Forster also had made an effort to include families in their daughters’ elite careers. He has made himself available to parents, she said, something that never happened under the previous national team regime. “Parents are in the loop now,” she said, “and that makes us feel great.”

Forster was so concerned with the physical and mental well-being of his national team athletes after the Olympics were postponed last year that he started showing up at their gyms to check in on them. He wanted to be there to answer questions, he said in a video call this month, particularly about the Netflix documentary “Athlete A,” which aired last summer.

The film, which focused on the Nassar case and U.S.A. Gymnastics’ attempted cover-up of the scandal, had prompted gymnasts around the world to publicly share their stories of being abused by coaches. (In early court documents in the Nassar case, Nichols, the first victim to come forward, was referred to as Athlete A to protect her anonymity.)

Skinner said that when Forster first popped into her Arizona gym, she had to blink a few times to make sure she wasn’t imagining things. Martha Karolyi would have never checked in like that, Skinner said.

“Tom has been awesome; he’s been so supportive,” she said. “It’s so weird having a relationship with an Olympic coach and being able to talk to him.”

Lee, the champion on the uneven bars, has said she feels at ease with Forster in charge. “I was too scared to ever say anything before,” she said. “But Tom’s really nice and knows how to keep us healthy. He actually cares about what we think.”