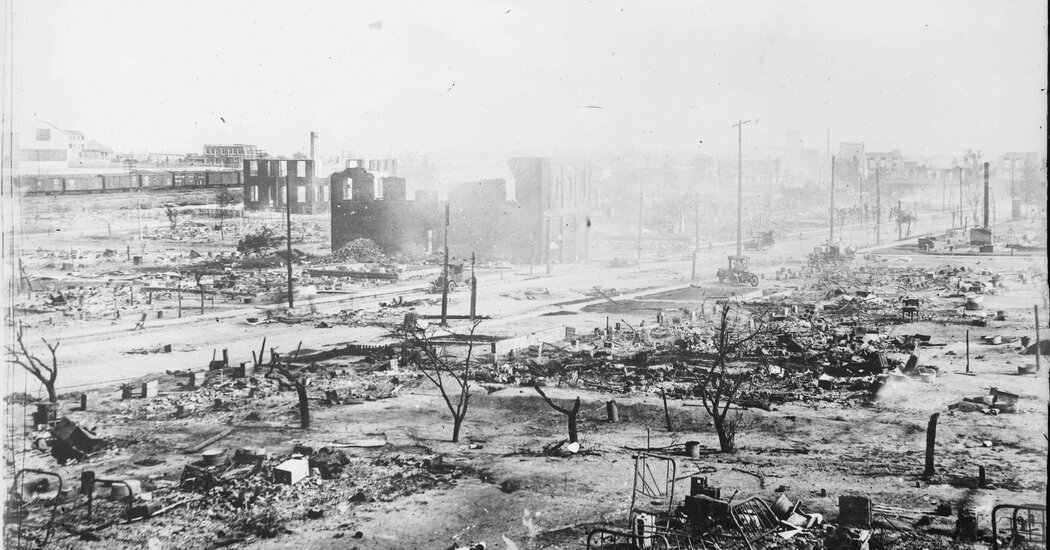 Among white Tulsans, Ellsworth encountered a mix of shame and defiance. Photographs and official records had disappeared. Someone had even cut out relevant parts of The Tulsa Tribune before the newspaper was committed to microfilm. Black Tulsans, too, had their own reasons not to revisit what happened. What they had lived through was horrific — Ellsworth himself has likened it to an American Kristallnacht. Many of those who had survived didn’t want to burden their children with such trauma.

He did find some Black survivors who wanted to talk — but not to him, at least not at first. In the mid-1970s, Ellsworth introduced himself to W.D. Williams, who was a 16-year-old high school student in 1921. Williams had been waiting for decades to tell his life story, but Ellsworth knew that he “sure as hell” hadn’t been waiting to tell it to someone like him: a young Reed College student who hadn’t written a book or even an article yet, and “had grown up on the same side of town that, 54 years earlier, the people who had tried to murder him, his mother and his father had come from.”

“The Ground Breaking” is filled with moments like these — candid and self-aware, undergirded by Ellsworth’s earnest efforts to get at this history, and to get it right. Where the history of the massacre wasn’t obscured, he found it distorted, deformed by conspiracy theories or attempts to both-sides it. Part of what makes this book so riveting is Ellsworth’s skillful narration, his impeccable sense for when to reveal a piece of information and when to hold something back. During his research he seized on any numbers that were available. He found one particularly rich source in medical statistics compiled by Maurice Willows, who arrived in Tulsa in 1921 to lead the first coordinated response by the American Red Cross to a man-made disaster.

In his report, Willows listed the number of hospital admissions and the number of people requiring urgent care. But he didn’t include the number of dead, and he explained why: “Figures are omitted for the reason that NO ONE KNOWS.” A century later, Ellsworth says, “that is still the case.”

“The Ground Breaking” makes for sobering reading; but it also sheds light, and some of it is hopeful. Ellsworth makes clear that Oklahoma is decidedly not a model of racial reconciliation — it was the only state where not a single county voted for Barack Obama in the 2008 and 2012 presidential elections, and where all of those counties voted twice for Donald Trump. Yet with last year’s exhumation of those graves, it’s also where Tulsa’s Republican mayor has committed to doing something that Ellsworth calls unprecedented: deliberately setting out to locate the remains of those murdered by racist violence. The history of homegrown bigotry and selective amnesia might be very old, but this, Ellsworth writes, “was something new.”