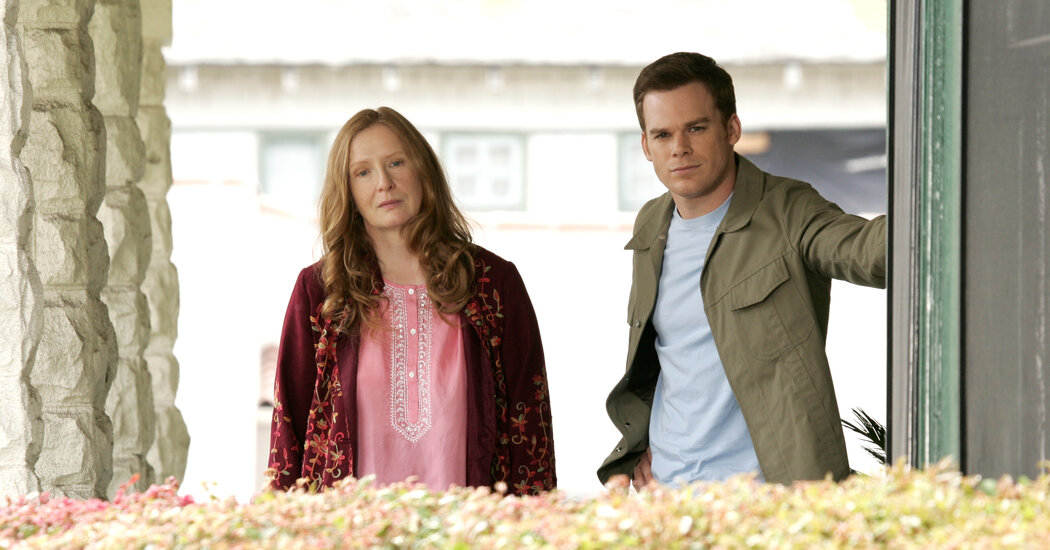 Hall, who had never worked in television before, found that his jitters suited the perpetually anxious character well. “I was glad that David Fisher was, especially when we first meet him, so wound up and tense, because I was somewhat wound up and tense about acting in front of a camera,” he said. “My hope was that my comfort level would stay just neck and neck with, if not a little ahead of, David’s comfort level with himself.”

Peter Krause and Jeremy Sisto had also read for David before Hall was cast. The producers had already settled on an actor Ball wouldn’t name for Nate, the prodigal brother newly returned from Seattle, but “we took him to HBO and he choked,” Ball said. “Then when Rachel flew over to read, we asked Peter Krause to read with her.”

“When we saw them together,” he added, “it was like, these are the two.”

Ball asked Sisto to appear in a single scene in the pilot, with the promise of a juicy part as Brenda’s brother if the series was picked up. “I was crying in the background of a shot, eating some olives out of the fridge, with a bright Christmas sweater on,” Sisto said of his brief appearance.

For a year, the “Offstage” series has followed theater through a shutdown. Now we’re looking at its rebound. Join Times theater reporter Michael Paulson, as he explores signs of hope in a changed city with Lin-Manuel Miranda, a performance from Shakespeare in the Park and more.

The series told stories that regularly alternated between darkness and hilarity. Claire (Lauren Ambrose) steals a human foot from the funeral home and sticks it in her jerky boyfriend’s locker. A man bends out of the driver’s seat to grab the morning newspaper and is run over by his own car. An evangelical woman confuses helium-filled sex dolls drifting into the sky for the Rapture.

“I can’t write anything that doesn’t have humor in it,” Ball said.

Bruce Eric Kaplan, a writer and producer on “Six Feet Under” who is best known as a cartoonist for The New Yorker, said that tonally, the show “was not that far from my cartoons, in terms of seeing the humor and the pain and the existential horror of daily life.”

The writers constructed stories from their own experiences — the Season 1 episode “The Room,” about Nathaniel’s secret hangout, was inspired by Kaplan’s father’s office — and the show demanded tremendous adaptability from the actors, who were required to summon deep emotion while also avoiding an easy laugh.